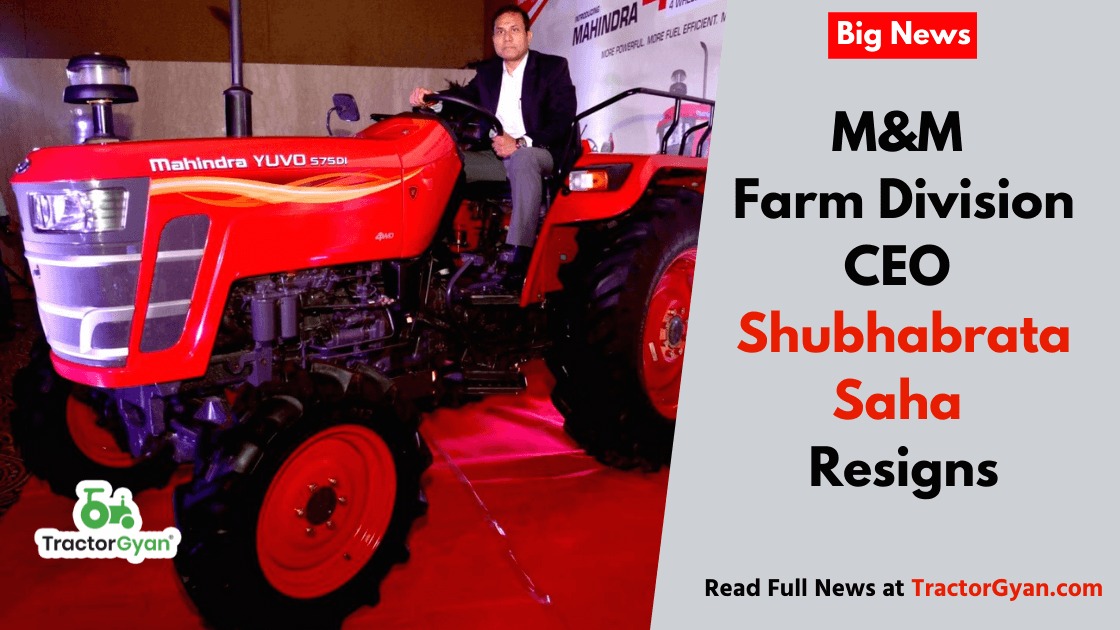 New Delhi: Shubhabrata Saha has ended his over two decade stint with Mahindra & Mahindra as the CEO of Farm Division, the company announced on Wednesday.

The company has informed that Hemant Sikka, president – farm equipment sector, Mahindra & Mahindra, will directly oversee the entire operations at the Farm division, and personally drive the entire transformation agenda across the entire value chain of the division for the current fiscal year.

"In his current role as the CEO of Farm Division, Shubho has delivered a consistent and sustainable profitable growth plan. He has orchestrated new product launches, brand repositioning, better network coverage and increased volumes while ensuring a very healthy financial performance," the company said.

"We thank him for his contribution across different roles and wish him the best in his future endeavours," it added.

Want to know Mahindra's Sales in India during july 2021, Click Below:

In this role, Ms Kausalya will report to Sikka. "With her varied experience of Sales, CRM, IT and Marketing, she will be able to support Hemant in driving these key change initiatives," the company said.

Martin Murray, chief technology officer, Mahindra Electric Mobility Limited (MEML) has also ended his stint with the company, following Mahesh Babu's resignation in July as CEO and MD of the company in order to pursue interests outside the company.

In June, Ramkripa Ananthan also ended her over two-decade stint with Mahindra & Mahindra as chief of design for the automotive sector. Her resignation came soon after automobile designer Pratap Bose joined the Mahindra Group to head the newly-formed Mahindra Advanced Design Europe (MADE) center in the West Midlands, the U.K. Before this, Bose was Vice President, design at Tata Motors.