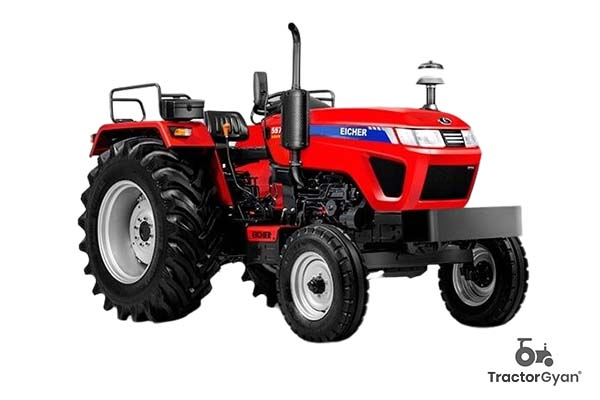 The Eicher Super tractor series consists of many super-specialist tractors. This series of tractors is known for its powerful engines capable of handling all farming and haulage operations. The Eicher Super tractor series has a powerful and fuel-efficient engine that helps cut fuel costs. Besides this, they are also popular for their better features and stylish design. The Super Series offers a wide range of tractor models with horsepower ranging from 36HP to 60HP. The eicher super tractor series Price range falls between 5.10 lakh* to 6.55 lakh*. The prices are quite affordable and lucrative. The Eicher Super Series Tractors are quite useful on the farms as these tractors are capable of handling all farm operations with ease. 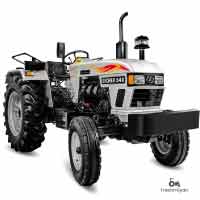 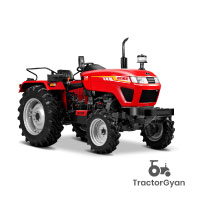 The TAFE Tractors and Farm Equipment have been India&rsquo;s leading and major tractor manufacturing... Eicher tractors are known for their strength, resilience, special features, and exceptional designs.... FADA has got the results of the performance of tractor tycoons for September 2022, have a look. Unfo... The much-awaited moment has arrived for which everyone in the agriculture industry has been waiting,... Indian agricultural market is ruled by a number of pioneer tractor manufacturing companies and Eicher is one such company. The Eicher Prima G3 series is a popular tractor series by the tractor pioneers. With impeccable designs and filled with features. Eicher G3 gives us power-packed performance and has become India’s favorite tractor series ever since it was launched by the company.

TractorGyan is focused on catering to your needs and providing aid to your needs and answering your questions because we understand how important it is for consumers to know all the information about any tractor before buying. After all, it is no less than making any investment, with that intention we have curated all the information one might need to know before buying a new Eicher Prima g3 Tractor.

Eicher tractors have been around and ruling the Indian agricultural tractor market ever since they came into the business. This implies that they know and understand the Indian customer and their needs, Indians are known to have a soft spot for a good deal which is getting a product full of features at the lowest prices possible. Eicher has rightfully set the prices of the Eicher Prima G3 series.

● Walk me Home, with the brightest headlights to ensure clear vision at night.

A lot of people have this myth as they believe that getting a loan for anything be it a mobile phone or a car is a very tedious task to do and that after getting a loan the person has to basically spend their whole life to repay the amount with interest, and when it comes to buying a tractor on loan it is the no different fact if anything getting a loan for buying huge machinery such as tractor is considered to be even more tactful task.

But not with TractorGyan, we provide great deals on Eicher prima g3 series tractors and provide loans with the lowest rates possible and as minimum installments as possible. Because it is considered, that getting loans at an early stage is good for having a decent credit score and has various other plus points of its own.

TractorGyan is known for having the best deals and is the hub for everything in agriculture be it the latest news and updates happenings in the agriculture world. We have the best deals in terms of all the agricultural machinery so if you want a new set of tractors and implements to go with it all of which can be found under the same website. Our website is safe and user-friendly. And on top of it all, we provide the best deals on Eicher Prima g3 tractors.