Cash Crops like any other crop are important. As we know farming has a required season and required time for the growth of the crops. Different types of crops are grown for different purposes. Similarly, there are cash crops, cash crops are the crops that are cultivated to be sold in the market to earn profits nationally as well as internationally.

Most of the cash crops grown in developing nations are sold to developed nations for a better price. Well-known cash crops include coffee, tea, cocoa, cotton, and sugarcane.

Cash crops, unlike basic food crops, are primarily grown for commercial purposes and sold on national and worldwide markets.

Below Are the names of different types of cash crops grown in India. 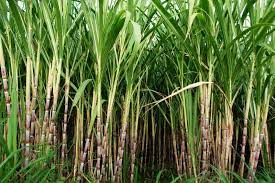 It is both a tropical and subtropical crop. North Indian sugarcane is of the subtropical kind, with a low sugar concentration. In North India, sugar factories must also close during the winter months. In addition, due to the extended dry season in north India, sugarcane juice begins to dry up. South Indian sugarcane is of the tropical kind, with high sugar content and production. It grows well in a hot and humid climate with a temperature of 21°C to 27°C and an annual rainfall of 75-100cm. Medium and heavy soils where irrigation facilities are available are ideal for its cultivation. It can be grown on a variety of soils and needs manual labor from the time of sowing to harvesting. It is a long maturing crop planted between February and April. Harvesting begins in October and November. It is a soil-exhausting crop and thus needs regular application of manure or fertilizers. Sugarcane is grown on a total of 4 lakh acres of land in India, with over 2.8 lakh farmers involved and over 11 crore people directly or indirectly depending on the industry.

Places where sugarcane is produced India is the homeland of sugarcane and has the largest area under sugarcane.

After brazil, India is regarded as the largest producer of sugarcane. 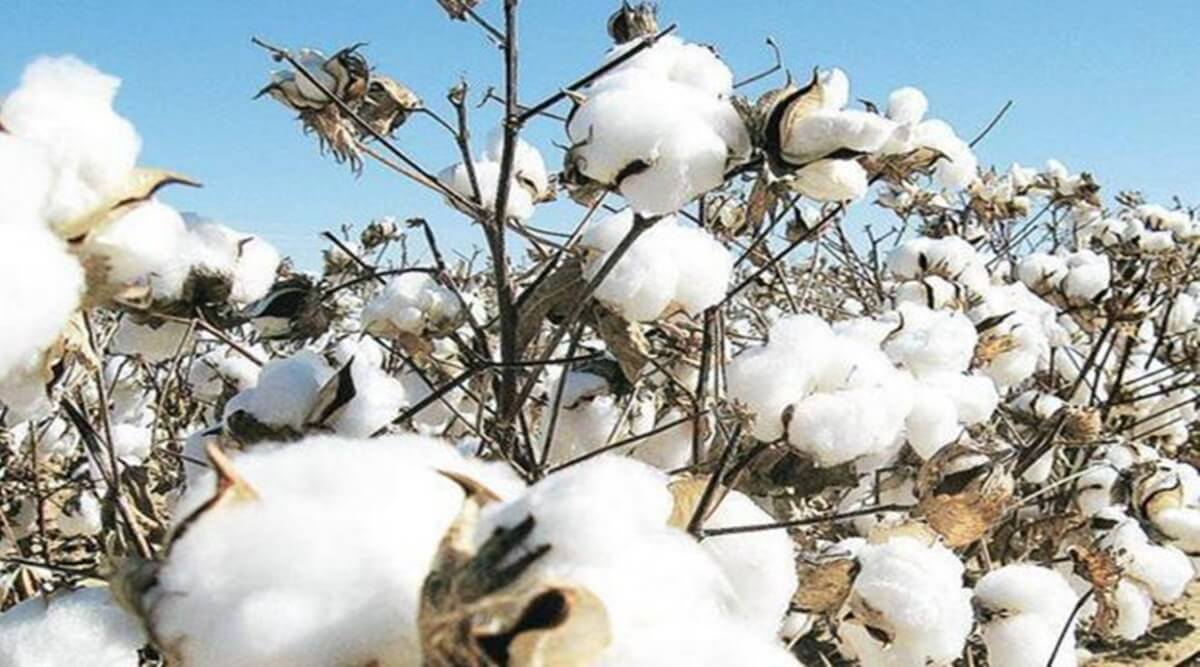 Cotton is India's most important fiber crop, and it plays a significant part in the country's industrial and agricultural economies. Cotton provides a living for 6 million farmers, while the cotton trade and processing employs 40-50 million people. Cotton is the white gold of India. India produces different types of cotton namely shot staple which is Indian cotton and long-staple which is American cotton. American cotton is called the ‘narma’ in the northwestern part of the country. Cotton flourishes in the dry sections of the Deccan plateau's black cotton soil. It grows well in alluvial and red soils. For its growth, it requires a high temperature (20-35°C), light rainfall (50 to 80cm) or irrigation, 210 frost-free days, and bright sunlight. During the picking season, a clear sky is essential. It's a Kharif crop that takes 6-8 months to fully develop. India is the world's fourth-largest cotton grower. Cotton is grown in greater quantities in China, the United States, and Pakistan than in India. Cotton is grown on around 45 percent of the country's total sown area. 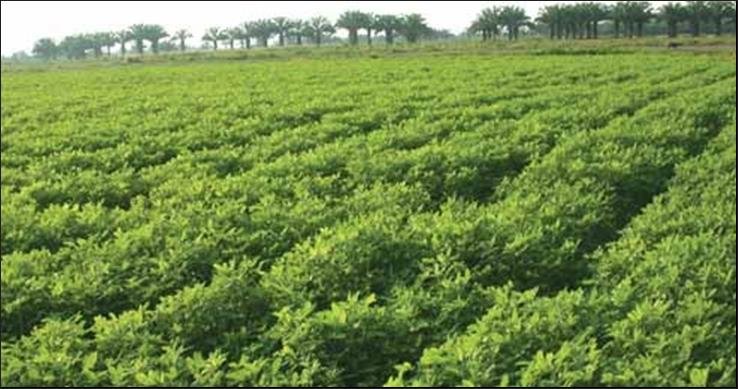 Groundnut is one of the world's fifteen most important food crops, and it is grown all over the world. In international trade, it is one of the most significant foods. In many areas, the groundnut is referred to as a peanut, even though it is more of a pea (a leguminous plant) than a nut. However, due to its high nutritional content, it is classified as a nut. It is a more affordable and nutritious option. Groundnut is easy to grow as it is a soil erosion-resistant crop and being a legume crop it can help in fixing the atmospheric nitrogen which further maintains the soil fertility. Groundnut is an early-season crop, thus even a sliver of moisture is required for planting. Groundnut seeds are often planted when the earth is dry, as the crop does not thrive in wet soil. Certified disease-free seeds should be used to avoid soil bacteria and fungi. 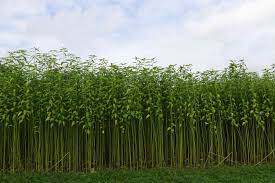 Jute is one of the important fiber crops and is known as the golden crop of India. The inner bark of the jute plant is used to make jute fiber. Gunny bags, mats, ropes, yarn, carpets, and other artifacts are made from it. Jute agriculture in India has recently suffered because of increased competition from artificial fibers and packaging materials, which has resulted in lower demand.

It, like sugarcane, is a soil-depleting crop that rapidly reduces soil fertility. It grows in the well-drained fertile soils of the flood plains, where the soils are refreshed annually. High temperatures (24°C to 35°C), considerable rain (125–200cm), and low plain land are all favorable for jute farming.

West Bengal is the largest producer of jute followed by Bihar, Orissa, Assam, and Meghalaya. 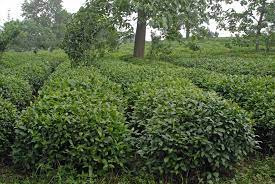 Tea is one of the most important beverage crops which is introduced by the British and produced in India. Tea is a tropical and subtropical evergreen plant that grows in tropical and subtropical regions. India is the world's second-biggest producer as well as its greatest consumer. Tea is frequently grown on the slopes of hillsides to avoid waterlogging in the roots. Its leaves must be harvested multiple times a year, necessitating the availability of plentiful and inexpensive labor. Throughout the year, tea bushes demand a warm, frost-free climate. Frequent rainfall, equally dispersed throughout the year, ensures that the fragile leaves continue to flourish. 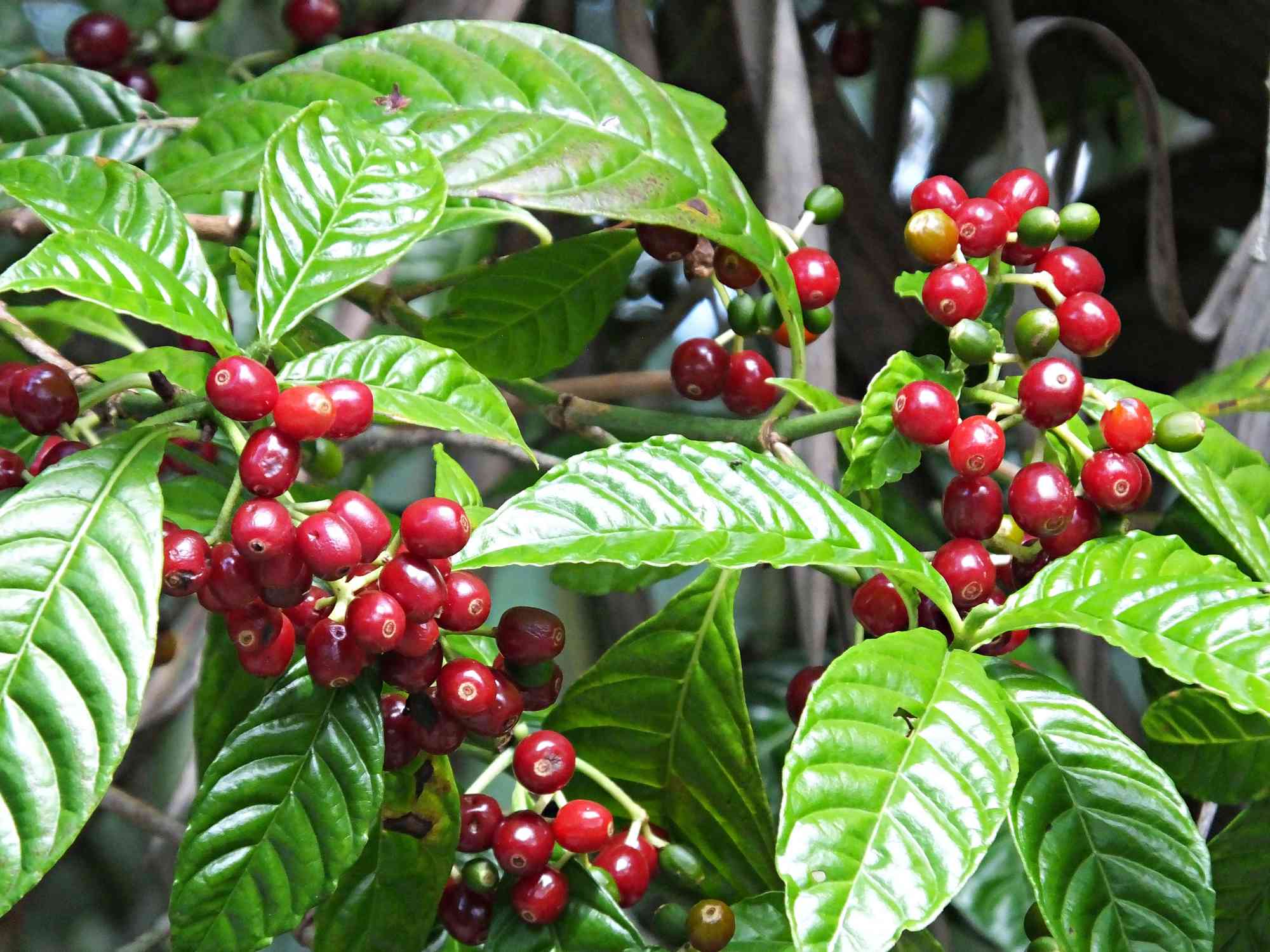 Coffee is a high-employment export product with a low import intensity. It is shown by the fact that the sector directly employs around six lakh people while employing an exactly equal amount of people indirectly too. In India, the two primary coffee kinds, Arabica, and Robusta, are grown. Arabica coffee is moderate, but because the beans are more aromatic, it has a higher market value than Robusta beans. Robusta, on the other hand, has higher strength and is utilized in a variety of mixes. Coffee is grown on tropical plantations. Temperatures of 16°–28°C, rainfall of 150–250cm, and well-drained slopes are all necessary for its establishment.

It grows on mountainous slopes between 900 and 1800 meters in altitude. About 4% of the world's total coffee production comes from India. It produces the sixth most coffee in the world. Low temperatures, frost, lengthy periods of dry weather, and direct sunlight are all damaging to the plants.

The laterite soils of Karnataka, India, are ideal for growing coffee plants.

The Portuguese introduced tobacco to India. Its leaves are used to make cigarettes, cigars, and beedi, among other things. Its stem is used to make potash fertilizer, and its powder is used to kill insects. It requires temperatures ranging from 15°C to 40°C, as well as 50cm of rainfall or irrigation infrastructure. The crop is harmed by more than 100cm of yearly rainfall and frost. It is a labor-intensive crop, fertile soils with good drainage are ideal.

Gujarat, Andhra Pradesh, Karnataka, Tamil Nadu, and Bihar are all states in India. Andhra Pradesh produces more than a third of the country's tobacco.