Farming is largely practiced in India. There are different types of farming that are being practiced or followed by Indian Farmers. Agriculture is a vital activity for any country. Crops, vegetables, fruits, and flowers are all part of the process. Agriculture is the sole source of income for any country. Farming is influenced by factors such as geography, product demand, labor, and technological advancements.

India has a long agricultural history, dating back ten thousand years or more. India now has the world's second-largest crop output. Different types of farming systems are strategically used in India, depending on the best places for each.

Subsistence farming, organic farming, and commercial farming are three farming techniques that contribute considerably to India's agriculture. The forms of farming used in different parts of India vary; some are based on horticulture, ley farming, agroforestry, and other methods. Because of India's geographical position, different sections of the country have distinct climates, affecting agricultural output in different ways.

Farming practices in India are influenced by several factors.

Nature of the terrain,

These physical variations, as well as factors such as irrigation availability, machinery use, and modern agricultural inputs such as High Yielding Varieties (HYV) seeds, insecticides, and pesticides, have all played important roles in the evolution of various farming practices in India's agriculture sector.

The different types of Farming which are practiced in India are as follows. In India, the vast majority of farmers engage in subsistence farming or cultivating for their consumption. The farmers and their families consume the majority of the products, and there is no surplus to sell in the market.

Subsistence Farming is the type of farming in which farming is mainly done for self-consumption. In other words, the entire farming production is largely consumed by the family and they do not have a surplus to sell in the market. In subsistence farming, the landholding is small and fragmented.

Primitive subsistence agriculture is carried out on small plots of land using crude digging equipment and the labor of the group or family. Monsoons, soil fertility, and other environmental factors all play a role in this sort of farming. Shifting agriculture and nomadic herding are two examples.

In primitive subsistence farming, the farmers grow food for themselves and their families. The small surplus can be exchanged by barter or sold for cash. The resultant economy is thus static with little chance of improvement but there is a high degree of rural independence because farmers are not tied or dependent on the landlords or traders. 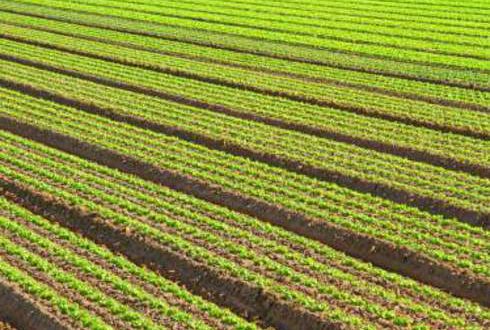 Intensive farming tries to produce as much as possible on small farms with as little labor as possible under the constraints. It is capable of producing more than one crop per year and employs a large amount of capital and human labor on each hectare of land. In most heavily populated places, it is practiced.

Intensive farming tries to produce as much as possible on small farms with as little labor as possible under the constraints. Farmers can raise more than one crop every year in this style of farming, and each hectare of land employs a large amount of money and human labor.

It is performed in the majority of our country's densely populated areas. Extensive farming, sometimes known as mechanical farming because of the extensive use of equipment, is a modern method of farming practiced on huge farms. Extensive farming produces only one harvest per year and employs significantly less labor and capital per hectare of land than intensive farming.

Extensive farming refers to the utilization of a wide area of land for cultivation. Because of the bigger area, total production may be high, but per unit production is low. This form of farming generates a large amount of revenue for the country's economy. In reality, the commercially farmed crops in India are exported all over the world.

To increase and maintain crop development, the Indian farmer employs a large number of fertilizers, herbicides, and insecticides in this agricultural approach. Commercial farming in India varies by location, depending on the crop that is most suited to the local weather and soil.

Rice is a commercial crop in Haryana, Punjab, and West Bengal, but it is a subsistence crop in Orissa. Wheat, pulses, millets, maize, and other grains, as well as vegetables and fruits, are major commercial crops in India.

It is the polar opposite of subsistence farming in that the majority of the output is sold in the market for profit. Farmers employ irrigation, chemical fertilizers, insecticides, herbicides, High Yielding Varieties of seeds, and other inputs in this system. A single-seeded crop, such as rubber, tea, coconut, coffee, cocoa, spices, and fruit crops, is sown and the yield is typically collected over several years. Agriculture on plantations is geared toward export.

The majority of the crops grown in plantation agriculture have a two-year life cycle. Kerala, Karnataka, Assam, and Maharashtra are among the states that practice it. It differs from other farming in that it involves the planting of a single crop, such as rubber, tea, coconut, coffee, cocoa, spices, and fruit crops, and the yield is often collected over several years.

Kerala, Karnataka, Assam, and Maharashtra are among the states that practice it. Dry farming, often known as dry-land farming, is the process of cultivating crops without water in locations with an annual rainfall of 750 mm to 500 mm or less. It is used in locations with minimal rainfall or where irrigation is insufficient. Moisture is preserved in this style of farming by using specific crops. Wetland Farming is mainly dependent upon the rains and it is practiced entirely in rainy seasons as the climate is moist, areas and land are well irrigated and soil is so wet to lock the moisture and organic content of the soil because of the water present in the soil. This form of farming is common in northern and northeastern India, as well as on the Western Ghats' slopes. Mixed Farming is a type of farming that is practiced in India wherein more than one type of crop is being cultivated on a single piece of land. Mixed framing is proved to be beneficial for the farmers as they allow them to grow more than one crop within a short period.