The Trakstar DLX series will have powerful engine and new look along with more performance.

Gromax Agri Equipment Limited popularly known as Trakstar announced the launch of its new deluxe variant of tractors- Trakstar DLX in Madhya Pradesh. The Trakstar DLX series will have a powerful engine and a new look along with more performance.

Trakstar DLX series is best suited for a wide range of applications from pre to post-harvest operations. The Trakstar DLX series is currently being introduced in 31 HP and 40 HP categories. Soon the DLX series will also be available across five HP (horsepower) points, between 30 and 50 HP, which covers 80% of the Indian tractor market.

Trakstar DLX is highly compatible with the Trakmate range of implements including cultivators and rotavators. With its new styling, easy control switch, soft clutch, and improved legroom, it offers a unique proposition to value-seeking farmers. These new DELUXE variants also come with 350 hours service interval, thus reducing visits to service stations as well as the cost of ownership.

Trakstar DLX will be available across Gromax’s wide network of dealers in Madhya Pradesh & will be rolled out pan India in the coming months. 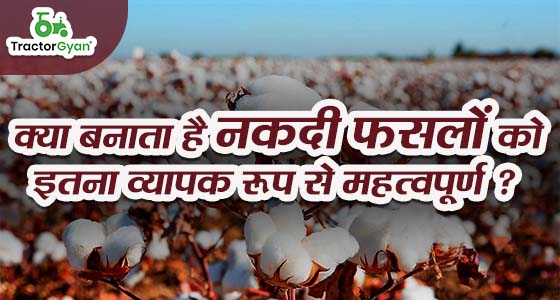 Cash Crops like any other crop are important. As we know farming has a required season and required...