Home| All Blogs| Types, Impact and Prevention of Soil erosion | Tractorgyan
SHARE THIS

Soil erosion is the wear and tear or removal of the top fertile layer of the soil. Soil erosion is a process of detachment and transportation of soil practices from the soil mass because of natural factors mainly strong winds, heavy rains, flowing rivers, and glaciers even human activities like deforestation, over-grazing, and shifting cultivation also contribute to the soil erosion.

The consequence of excessive soil erosion in India

In India, excessive soil erosion has resulted in decreasing soil fertility, a high rate of sedimentation in reservoirs, and other serious environmental issues. Practically all types of lands, including forest lands, agricultural lands, dry and semi-arid lands, surface mines, roadways, building sites, coastal areas, etc. are affected by soil erosion. Additionally, because soil development is a relatively gradual process, the agricultural industry has significant difficulties when the top layer of soil erodes, leaving it bare for an extended period.

Splash erosion is associated with the fall of the raindrops which is why this type of erosion takes place when the raindrops hit the sol and dislodge particles of soil splashing them up and away. Once freed these particles are sensitive enough to get swept away by other forces.

The erosion of the soil advances to a new stage if rainwater starts to move the soil that has been loosened by splash erosion. Now it is known as sheet erosion. If there is enough water gathered after a hard rain or runoff that spans a shallow surface, the loose soil particles can be pulled from the surface and swept away.

The third stage of soil erosion is rill erosion. Rills are shallow drainage channels that are buried just around 30 cm. As depressions emerge from the surface water accumulation on the soil, the soil starts to disintegrate. It creates these rills, which can render the land and slopes more vulnerable to erosion.

The inability of typical agricultural measures to conserve soil makes it the worst sort of erosion. When runoff starts to flow strongly and concentrate in one area, it may happen. Strong enough water currents can separate and carry whole soil particles along with them.

Soil from the subsurface layer is lost due to tunnel erosion. This occurs when water seeps through tiny fissures or holes where rotted roots have been. The soil starts to spread internally and is swept away by the water flow. In the soil, this creates a tiny tunnel.

When a river or stream's banks start to erode, this is known as bank erosion. This is distinct from typical scour, which refers to alterations in the watercourse bed. By placing metal rods into the bank and seeing how far the bank surface pulls back at various times, erosion can be observed. Flooding may exacerbate the situation and result in the entire loss of dirt from the stream bank.

Vortices and Kolk’s in the soil bed can be caused by massive quantities of rapidly flowing water. Kolk can remove bedrock, form huge rock-cut basins, and accelerate local erosion. Due to the high soil fertility and accessibility of irrigation water, some of the best agricultural fields can occasionally be found on floodplains; but, if there is an insufficient surface cover, all could be washed away by high-velocity flooding.

Removal of soil by the forces of wind is called wind erosion. Winds carry the soil particles to distant places and sometimes from dunes.

How to stop soil erosion

In addition to hurting plant growth, soil erosion also harms water quality. In addition to many other things, the soil is an important natural resource that fosters and promotes plant growth. Wind and water can damage soil if it is left naked and exposed.

The easiest method for preventing soil erosion is through planting more crops and practicing vegetation. Grasses reduce the flow of water and minimize the direct contact of water with soil.

2. Mulches are a great help for the prevention of soil erosion

Mulching the soil top allows the soil to gradually absorb the water while shielding it from the effects of rain and reestablishing the pH balance of the soil. Dead leaves and shredded wood are spread over the soil as part of the mulching process. Mulching serves as a covering that protects the plants and trees.

3. Planting cover crops in vegetable gardens, such as winter rye. Included are annual grasses, tiny grains, legumes, and other plant species that are cultivated to act as a temporary vegetative cover. Cover crops frequently act as "green manure" crops by being tilled under.

4. Placing wood chips, crushed stone, and other like items in densely populated regions where it is difficult to produce and sustain vegetation

5. Utilizing additional erosion controls, such as the use of geo-textiles or other techniques that establish permanent cover, including hydroseeding or sodding. In places with high traffic and steep hills, these techniques are effective. 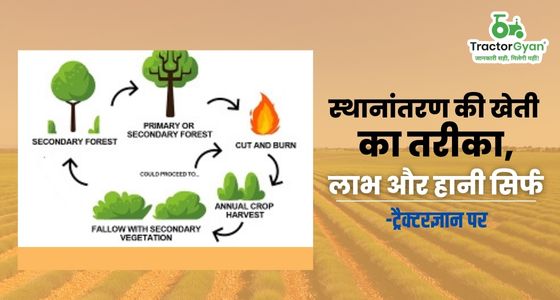 Advantages and disadvantages of Shifting Cultivation in India | Tractorgyan 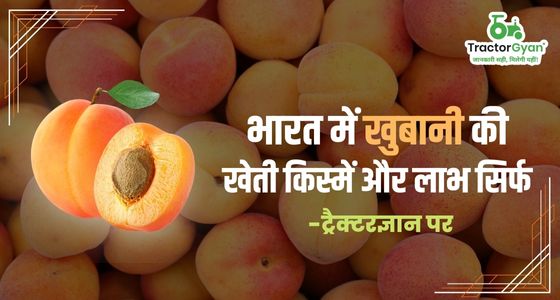 Varieties and Benefits of Apricot farming in India

Advantages and disadvantages of Shifting Cultivation in India | Tractorgyan

Varieties and Benefits of Apricot farming in India

Apricot is a fruit that is important and mainly grown in the dry temperate and mid-hill regions of I... 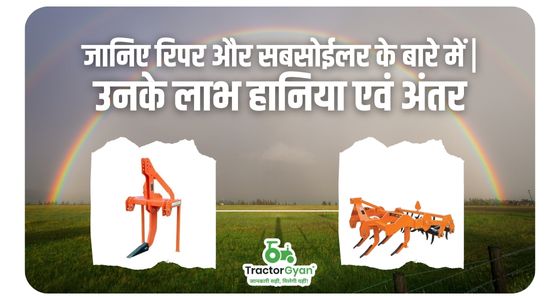 What is Ripper and Subsoiler? Its advantages and disadvantages

Ripper is a highly efficient agricultural tool or implement that is used to loosen or aerate the soi...