Home| All Blogs| What makes Zaid Crop the most profitable season for Farming?
SHARE THIS Agriculture is the main source of income in our country along with other activities. Under the practice of farming and agriculture, there are various crops and different types of crops are being grown depending upon the sowing ad harvesting season.

India's agriculture is a significant geographical issue. In India, 49% of the population is dependent on agriculture.

14% of the GDP and the distribution of income and wealth in India are attributed to agriculture. It offers necessities like food for humans and animal feed. It also serves as a significant supply of raw materials for India's agro-based businesses.

Numerous crops can be grown due to the country's extensive relief, diverse climate, and diverse soil conditions. In India, all tropical, subtropical, and temperate crops are grown, but primarily food crops

The three main types of crops which is grown in the country is the Rabi, Kharif, and Zaid crop. This article mainly talks about the cropping season which falls in between the Rabi and Kharif cropping seasons which is the Zaid Season.

Zaid crops are seasonal, grown from March through April to May through June. This is the period between India's two main farming seasons, Rabi and Kharif.

The duration or the amount of time taken to grow or cultivate the Zaid cropping is of a shorter period as it occurs between the two major cropping periods. A variety of fodders are grown over the summer to feed cattle. Summertime farming of fruits, vegetables, and oilseeds not only increases nutrient security but also saves money.

Major examples of Zaid crops are as follows: To cultivate or grow Zaid crops in your farming land you need to keep in mind the specific and considerable level of requirement.

How is the government responsible for encouraging the growth of Zaid crops? The government is actively encouraging and fostering the growth of the Zaid crop because it offers the Indian economy several extremely beneficial advantages.

The government has several programs and plans in place to produce summer crops such as cereals, pulses, and oilseeds.

The government wants to welcome the additional revenue that summer crops bring in while also giving farmers who were previously underemployed or out of work as they awaited the next season new employment options.

Since the area under cultivation at this period has been rising consistently for the previous few years, the current focus on Zaid crops has worked well.

List of existing programs for Zaid or summer crops:

How are Zaid crops protected? In addition to weeds, small creatures like rats, mites, insects, vermin, disease-causing diseases, and regularly attacked by birds, agricultural areas would also include crops. The loss or damage to the crops is primarily caused by all of these variables. Farmers must therefore safeguard their crops from these pests to produce large yields of crops. So, managing crop protection is crucial before, during, and after cultivation.

Zaid/summer crops which are planted in most states after Rabi crops have been harvested are particularly exposed to injury from grazing cattle. After the Rabi season, when just a few fields are planted with crops, wild animals including blue bulls, wild boars, monkeys, deer, elephants, and others are also accountable for damaging farmers' harvests.

The production of pulses and oilseeds during this season should be encouraged to boost yield, and strategies to reduce damage by cattle and wild animals must be established.

Tractor Gyan is a digital marketplace that allows users to buy and sell tractors, Tractor finance, and Tractor insurance and service both new and old tractors at Tractor Gyan.

Following the buying and purchasing of the tractor’s tractor Gyan is well-specialized and equipped with the knowledge of farming implements for all your tractor needs, wants, and specs, turn to Tractor Gyan. We give you detailed insights on the price, features, and specifics of tractors from a variety of brands, including Mahindra tractor, Swaraj Tractor, Massey Ferguson Tractor, and others.

Tractor Gyan is an intermediary or a link between the tractor brands and the farmers of our nation we even instil the concepts and information regarding the agricultural and farming activities news.

Recently Asked Question about What makes Zaid Crop the most profitable season for Farming?

Why are Zaid Crops known as summer crops?

Zaid crops are known as summer crops because they are mainly sown in the summer seasons and they do not depend upon monsoons.

Which crops are grown as Zaid crops?

Watermelon, Muskmelon, Pumpkin and Cucumber are some of the Zaid Crops. 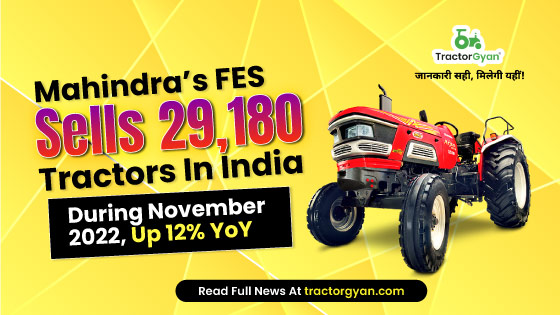